The top dogs at Saba Center are Sajjad Mir and Nabi Raza Mir (a.k.a. Nabi Raza Abidi). The former is the Chairman of the controversial organization while the latter is its embattled and embittered in-house mullah. Indeed, Nabi R. Mir is unwanted in this country by the United States Government, specifically, the Department of Justice (DoJ).

According to several sources, numerous members of SABA have been questioned by the Federal Bureau of Investigation (FBI). Indeed, multiple people affiliated with SABA, such as Hassan Jammal and Mojtaba Beheshti, have been deported from the United States. Rafic Labboun, an imam at SABA Islamic Center, was convicted of credit card fraud by a Federal Grand Jury and sent to prison at the Lompoc Federal Correctional Institution (FCI). 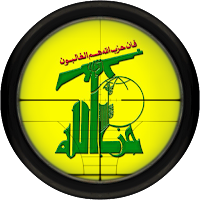